Welcome to the seventh post in this series on pilgrimage. Last week we looked at some medieval motives for walking the Camino de Santiago, the Way of St. James. Today I’m delighted to introduce Jeremiah Gibbs, who has walked the Way and is here to tell us about the motivations of a modern pilgrim. Please enjoy his post!

The Camino de Santiago has been one of the greatest gifts of my life. But why it’s been a great gift to me is a complex question. In 2014 I made a very brief pilgrimage with my wife in preparation for leading a group of undergraduate pilgrims this past May. My first pilgrimage was a gift to me because I had the opportunity to share a diverse and rich adventure with my wife. When we walked into the cathedrals in Leon and then in Santiago, there was unexplainable magic to a place with such a long tradition of worship of God and hospitality to pilgrims.

Returning with 14 other hungry pilgrims this year was less magical, because I had experienced so many of the places the previous year. But the shared experience of a 165 mile walking pilgrimage taught us about the interdependence of the Christian walk. While I know that my wife and students also appreciate these aspects of our pilgrimage in retrospect, our expectations and motivations for Camino were more diverse.

Last week Lisa rightly noted that many medieval pilgrims were motivated by a desire for miracles or even as the prescription of a criminal court. But it is also telling that Martin Luther’s primary objection to pilgrimage was that pilgrims would earn their righteousness by effort and not receive it by grace. He objected to the notion of indulgences that was attached to the practice. It seems that primary motivation of a majority of pilgrims was a desire to receive some special grace or forgiveness from God.

With more than 250,000 pilgrims expected this year, the motivation of modern pilgrims is far from homogeneous. There are plenty of pilgrims on the Way as an act of self-discovery. There are many others that are simply walking adventure seekers. For young people living in Spain, where more than half of all Camino pilgrims live, having made pilgrimage is often an important entry on your CV as you begin job searching. I talked with so many more that simply needed a sabbath from the stress of everyday work, a kind of meditative vacation.

Being the pastor of a large group on the Camino, I had the opportunity to meet many of those that were making Camino as an act of Christian devotion. Pilgrims and hospitaleros would often learn that a pilgrim was a devoted Christian and tell people about our group.

But it’s clear that Christian pilgrims making the journey for religious reasons are now the minority. For that large minority, there were really three motivations that were prominent. There were a few seeking a miracle. But those were few. Many more understood their time to be sabbath, either from the stress of work or time to process a life-changing transition in their life: such as a new retirement or the death of a loved one. I would say that the overwhelming number of Christian pilgrims were seeking a blessing from God. We don’t like to use the term “indulgence” among modern Protestants, but these were people hoping that God would bless them with divine direction for their future or that they would establish some radical new relationship with God. I think I even promoted this idea within our group of pilgrims. (Here are the four characteristics of a Christian pilgrimage that I gave my students.)

We certainly had a few pilgrims that discovered a more radical way of following Jesus, mostly from seeing the devotion of other members of our group struggle aloud with their faith. They grew in devotional practices. One started attending church for the first time in a decade. Another began a daily Bible reading regimen. Our experience at Cruz de Ferro, a pilgrim ritual that invites pilgrims to cast their burdens at the foot of a iron cross, was powerful for most. The prayers we offered in the courtyard outside the Cathedral of St. James and then again when we celebrated our Protestant Communion in the courtyard the next day were a powerful memory of the religious significance of our journey.

It seems that many modern Christian pilgrims begin the Camino with the same motivation as some of the medieval pilgrims: they seek a special blessing from God. But by the end of the journey they realize that Camino is like life. It’s like life done rightly.

When I teach on monastic communities in my classes, I often make the point that monastic communities are intended to be the kind of communities where they truly live out the lives of devotion and community that all are called to live. By their constant witness they display the life of the church done rightly, for both the church and the world. They help us all to see what church can look like.

I think there is a valuable lesson here that we can learn from the Camino. Analogous to the monastic witness, Camino is life done rightly. It places priority on the everyday routine of getting up and doing one’s work for the day. It invites the pilgrim to make prayer central to the pilgrim vocation of walking, just as all of our work would ideally be girded in prayer. And the Camino invites pilgrims to stop at the hundreds of little churches and grand cathedrals along the way to take a moment to pray and worship.

It teaches us to do relationships rightly as well. Because so many are open to spiritual conversations on Camino, the pilgrimage invites conversations of faith and heart and life to become a natural fabric woven throughout our relationships. The pain and stress on the body make us dependent upon on a friend who will carry our pack for a little while, hold watch as we relieve ourselves just off the path, “thread” our blisters on our feet, and massage our aching muscles and tendons. Those same friends will pray with us and for us. They will laugh and play with us. And they will do the everyday work of walking with us.

I suppose not everyone can be a monk or nun. And I suppose that we cannot be on Camino for all of our lives either. But Camino does invite us to embrace the model pilgrimage for a little while that we may learn to make all of our life a pilgrimage. 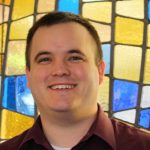 Jeremiah Gibbs (Ph.D.) is University Chaplain and Assistant Professor of Philosophy and Religion at the University of Indianapolis. He is the author of Apologetics After Lindbeck (Pickwick, forthcoming) and blogs at JeremiahGibbs.com.